Logan’s Eco Champions announced
A Greenbank couple who have made a house out of ‘upcycled’ material have been recognised as Logan’s ‘Eco Champions’.

Their block boasts an array of native plant species including many trees that contain hollows suitable for wildlife.

“In addition to their support of the Land for Wildlife program the Downs family have taken environmental measures to turn their property into a genuinely eco-friendly one,” Health, Environment and Sustainability committee spokesperson councillor Lisa Bradley said.

“Their house was built to minimise its impact on the natural environment with things like relatively small dimensions, a composting toilet, a solar hot water system and extensive upcycling of building materials.

“We received many outstanding applications for the Eco Champion award but Kim and Liz were clear winners and I’d like to congratulate them.”

The 11-year-old Canterbury College student spends much of her spare time finding and caring for injured wildlife.

The Bethania-based business plants about 100,000 native plants across South East Queensland every year.

The 30 member strong organisation meets regularly to protect native plants and produce educational material such as the Mangroves to Mountains book.

The winners of each category received $250 and a certificate.

NB. AND HERE’S WHAT REALLY AMUSES US ABOUT ‘WINNING’ THIS AWARD ….

Back in 2012 we were certainly unpopular both within Logan Council and in some parts of the community, and had a hard time getting coverage in the local paper, ‘The Jimboomba Times’, when our Greenbank neighborhood was under threat from a plethora of out-of-towners buying up land to turn into greenhouse farms. With no real regulation of chemical useage and Council claiming they have no jurisdiction over farming land uses, residents were involved in a long battle that continued for over TWELVE years to have these farms forced to (a) comply with building regulations and (b) stop spraying agchems in an uncontrolled fashion when their neighbours live close by and rely on tank water.  Several instances of mass wildlife kills were reported and 58 residents wrote to Council protesting these farms and documenting adverse impacts such as sick people, fowl, and pets.

It was my absolute pleasure to shake the hand of Councillor Laurie Smith, who mostly sat on the fence over this issue when elected, and to say, ‘I hope you can appreciate the irony!’

If we deserved an environment award, it was not so much for our house construction and planning, as for the five years of our lives we gave to the community in an effort to have these issues addressed, (as well as the 7 years previously given by the Hogan family).

Although things are now all quiet on this front – and we hope will remain so – we have left ALL the documentation from this community fight with authorities going back all the way back to Anna Bligh’s Labor Government (to whom the Hogans made presentations), on our purpose-built website, ‘The Greenbank Mozzie’.

Anyone who in future faces similar issues of their living environment being contaminated by chemical farming practices near homes and waterways should feel free to use any of the material it contains (with credit please) to further your own battles against the chemical cowboys in our midst.   The site is at http://www.safegreenbanknow.wordpress.com 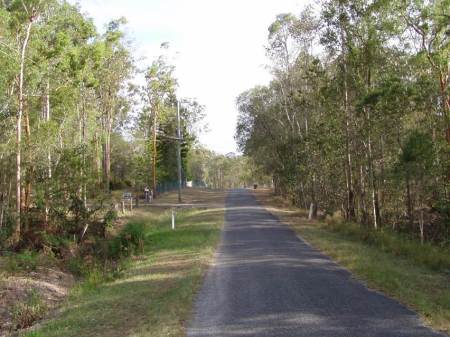